Posted at 10:31h in General, Health Services by admin 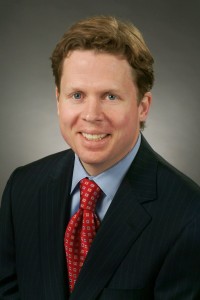 He coaches his 5-year old son’s baseball team, is one of the assistant soccer coaches for his 7-year old daughter who also runs track, and encourages his oldest daughter (9) who is a competitive swimmer.

Kevin Isakson has a lot of energy and works hard to get the most out of each day. In addition to his devotion to his young family, Kevin leads internal sales and marketing teams and manages external advertising and public relations in his position as Director of Sales and Marketing for Isakson Living, the company that owns and operates the Park Springs retirement community in Stone Mountain.

He joined his uncle, Andy Isakson, in 1997 to develop Park Springs, the first campus-style Continuing Care Retirement Community (CCRC) in Atlanta. Before the 1996 Olympics, Andy had purchased 113 acres of land for various purposes. After developing a Target, half of the land was sold to Stone Mountain Park for overflow parking near the Stone Mountain Tennis Center. This left 54 acres – the land that is now Park Springs.

Originally planning to build a mixed-use development, Isakson Living was encouraged by the Rockbridge HOA to consider building a retirement community. It turned out to be an outstanding suggestion.

Based on their own family’s experience with Julia Isakson, Kevin’s grandmother, the company selected the CCRC model for Park Springs. “As a family, we had to move our lovely grandmother four times – every time because she needed different levels of care. We knew that there was, and is, a great need for senior living communities where residents can age in place and move from independent living, via assisted living to memory care and skilled nursing, if necessary,” says Kevin.

“The Park Springs model is especially attractive to people who like to plan their future, from a financial as well as a healthcare perspective,” according to Kevin. “We opened in 2004, and our community, with its outstanding features and amenities such as a wellness clinic with its own geriatrician on site, a fitness center and pool, and four different dining venues, has been a grand success.”

As the US population is aging, including the greater metropolitan Atlanta area, Kevin sees new challenges and opportunities for Isakson Living. He explains: “In the 1970s and ‘80s, Atlanta grew so fast that there were not enough schools for the city’s families and their kids. It took a major effort by community leaders to anticipate overcrowding, build schools and prepare for the future.

“Right now, as a nation we are unprepared for the ‘Silver Tsunami’ that is coming. At Isakson Living, we see a great opportunity to be of service to the people who are now 50, 60 or 70 years old and who are beginning to plan for their retirement. They will need independent living communities like Park Springs – we can help them plan their future.”