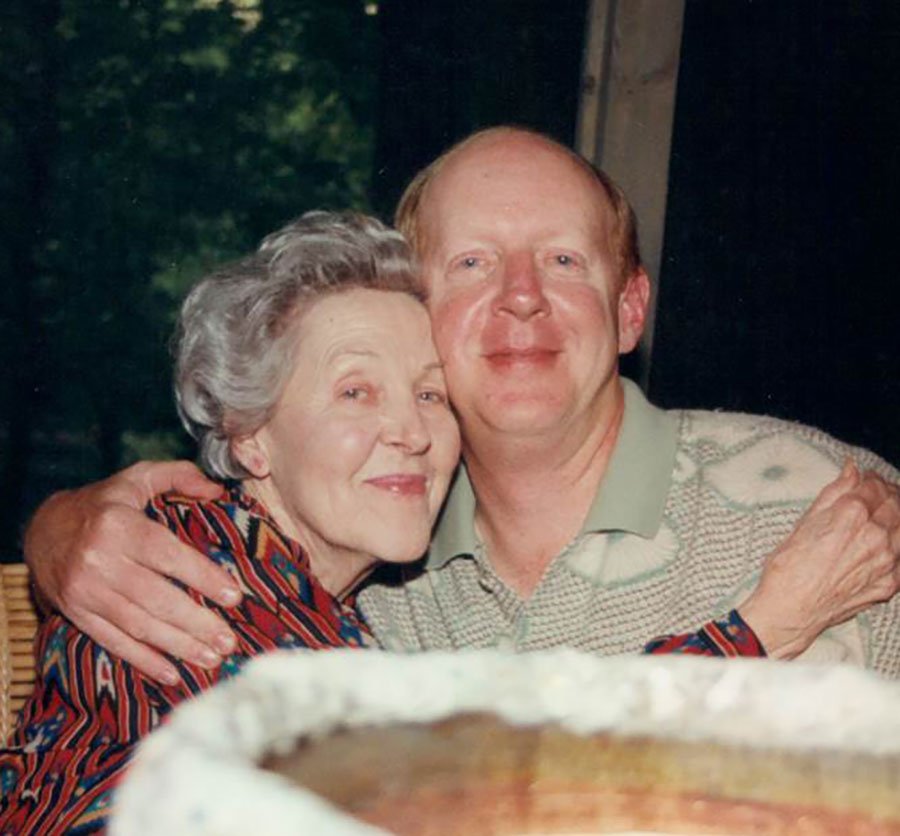 06 May A Mother’s Day Gift from Andy Isakson

Andy Isakson, Managing Partner of Isakson Living, was inspired by his mother to create Park Springs, Isakson Living’s first senior residential community that combines an engaging lifestyle with access to healthcare services. Julia’s Suites, the Memory Care area within the Cobblestone Health Center at Park Springs, is named after his beloved mother.

Julia’s Suites offers engaging memory retention activities and opportunities for enhancing life every day, guided by a comprehensive healthcare staff of skilled nurses and Certified Nurse Assistants who are more like family members.

Safe within a secure area at Cobblestone, Members under memory care still receive the same high-quality, restaurant-style dining experience of Park Springs, with regular checks to ensure changing needs are always met. All Members have private suites, featuring memory boxes that can be filled with photographs, artwork or other memorabilia.

Mother’s Day is the perfect occasion to celebrate the ever-lasting impact of a mother’s love – not only on the lives of her children, but subsequently, on many other lives as well. Contact us today for more information on our premier continuing care community in Atlanta.

My Mother’s Gift
by Andy Isakson

My mother passed away years ago, the victim of Alzheimer’s disease.  Her struggles with dementia through her last years inspired me to develop continuing care retirement communities such as Park Springs in Stone Mountain, Peachtree Hills Place, and a new project in East Cobb to be named Tritt Walk in honor of Wylene Tritt who currently owns the land. This story is about one of the four moves our mother had to make as her dementia advanced – but it’s a story of much more than just a move.

My parents moved to an independent living retirement community in their early 70’s when my mother had only slight signs of the early stages of dementia.  The community served them well as they were able to socialize much more with friends after giving up the burden of maintaining a large home.  My father worked and still cared for my mother until his rather sudden death from cancer.

After my father’s death, my mother’s dementia took a turn for the worse.  Unfortunately, the community where she lived did not provide a continuum of care. As her condition continued to slide, we faced the reality that we would need to move her to a facility that specifically cared for dementia.

My mother’s apartment was a beautiful home complete with hardwood floors, oriental rugs, fine china and antiques she had collected over the years.  My brother, sister and I feared the trauma of packing and having to leave behind many of her fine possessions which could not go with her as she downsized to a dementia care facility.  In her confused state we felt the trauma of decisions on what to leave behind would be overwhelming.

We developed a plan for the move, which we hoped would be the least traumatic.  My brother would take her with his family for a long weekend at the lake.  While she was away my sister and I moved what we could to her new home in a dementia care facility.  In the transition from 3,000 square feet to about 600 square feet, most of her fine possessions were left behind.  Her new residence really had only the room for essentials.  It was not all that we wanted but it was the best available facility at the time.

When she returned from the weekend at the lake with my brother we all met her at what would be her new home in the dementia care facility, a one-bedroom one-bath apartment.  With the grace she always exhibited, she accepted her new environment courageously.  At this point she had lost the ability to express herself but you could tell from her actions that her concern was that her children were at ease – she could sense our concern. 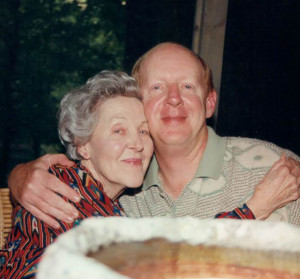 s visiting or going to church with her children and their families.  Frequently, she made reference to wanting to return to her home where so many fine possessions had been left behind.  My brother, sister and I resisted as we feared that such a return would be too confusing for her. But her requests persisted and she made reference to being mad about one possession that had been left behind. In a rare sentence she said, “It’s mine.” Being mad was totally out of character for my mother.

One Sunday, my mother was over at our house for dinner.  She had only a limited ability to communicate with words because of her dementia.  She again expressed that she was mad about something that had been left behind and taken from her.  What was it? I asked but she did not have the ability to tell me.  We tried the game of: “Is it bigger than a breadbox?  What color is it?”  I couldn’t guess what it was, so in a moment of weakness I agreed to take her by her former apartment on the way back to her new home.

On the way over to her former residence I was really scared that I had made a mistake.  I thought she would see all her china, rugs and antiques and go round and round in a state of confusion.  I was not sure that I would be able to get her out of there without help.

We arrived at her former home and went upstairs to her former apartment.  I opened the door and mother scooted right in.  She walked right by her fine china, oriental rugs, silver, and antiques and went straight to her closet.  She pulled out a stool, stepped up and pulled out an old metal box off the top shelf that was under some shoeboxes.  She clutched the metal box under her arm and with a smile indicated that she was ready to go.  She walked out again past all the fine possessions (that I thought she had come back to claim) without even a look to acknowledge they ever existed.

In the car on the way back that metal box sat on her lap clutched in her hands.  It was an old box I had never seen.

When we got back to her room I said, “OK mother. Now what’s in the box?”  She smiled and opened to box and dumped its contents on her bed.  She proudly displayed love letters that my father had written to her when they were dating.  He was a Greyhound bus driver at that time and she lived on a farm in South Georgia.

Of course I cried all the way home and still cry to this day when I remember my sweet mother.  She was at the point in her life where she couldn’t quite get her lipstick on right; she wore too much rouge and could not put two words together that made any sense.  But she was able to teach her son many life lessons that night. She taught me what’s really important in life, and imparted a memory that I’ll cherish forever.

So my mother’s gift to me is now my Mother’s Day gift to you.