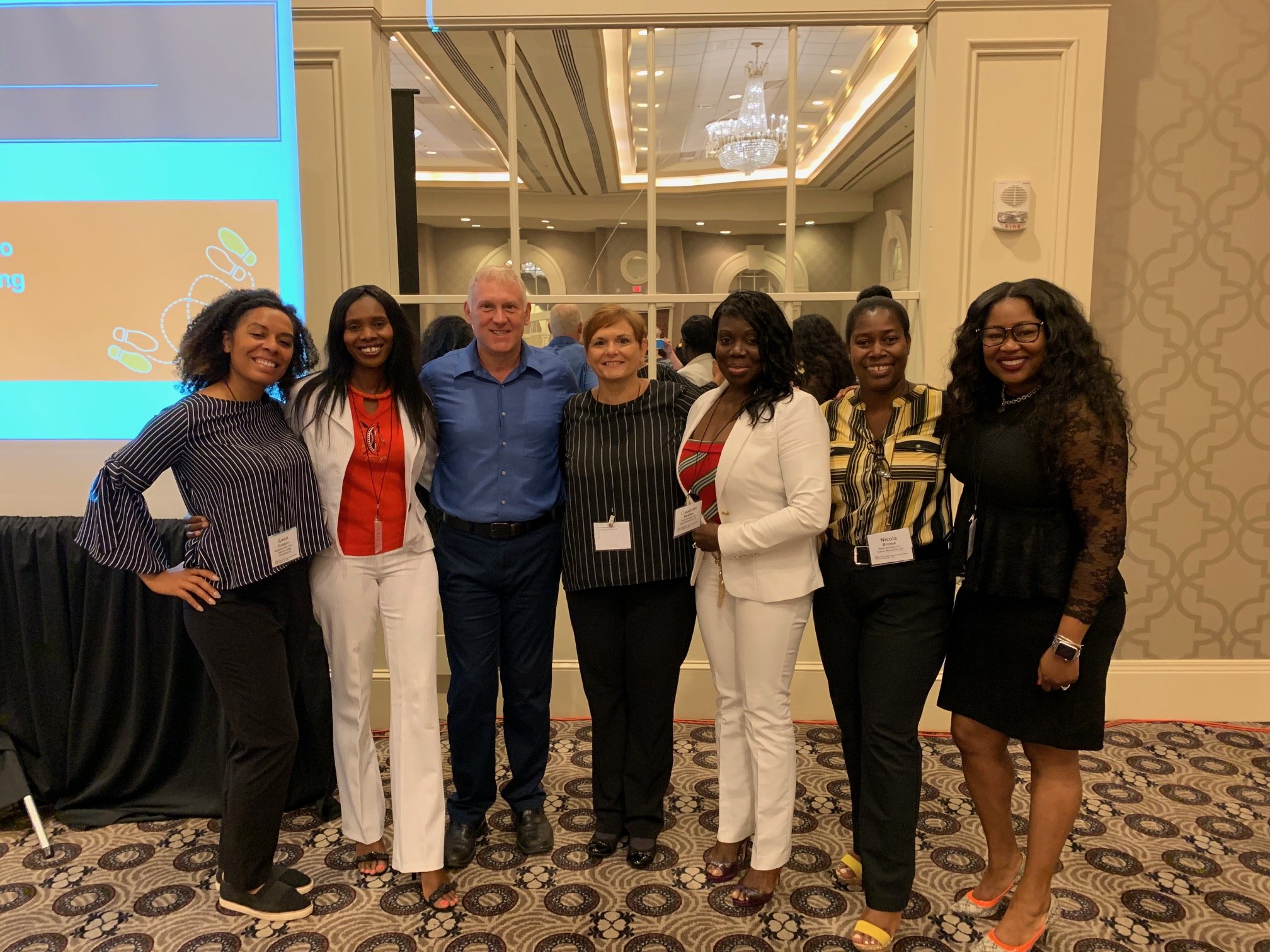 Culix Wibonele had never been to any type of conference before she landed in Louisville, Kentucky in August, 2019 for Pioneer Network’s annual event and she really didn’t know what to expect. She is a direct care worker with Georgia’s Park Springs retirement community, armed with a wealth of energy and enthusiasm, so she carried that with her. She also has firsthand experience in the transformative Dementia Care Matters approach to dementia support, and she was asked to share her story during a presentation at the conference.

She was honored to do so, she says, because her time alongside the residents of Park Springs is central to who she is, and she believes deeply in what she does.

Perhaps she didn’t anticipate meeting so many others whose passion for person-centred care burned as bright as hers when she arrived in Louisville, but that is what the Pioneer Network Conference has been about for more than 20 years. It brings hundreds of like-minded people together from across the world to share their passion and experience, and it fuels the momentum of positive revolution in the realm of aging.

“It was wonderful,” Culix says. “I’ve never been to any conference before so that was my first time and I didn’t expect to be that grateful.”

Culix is exactly the type of person Park Springs managing partner, Andy Isakson, wants to bring to these events. Her enthusiasm is contagious among the people she serves and works alongside and the conference feeds into that energy, while also offering a platform to celebrate the work she and her team accomplish in their community every day. Andy saw that value almost immediately upon attending his first conference in New Orleans in 2016, where he discovered innovative ideas to address the changing needs of the members he serves at Park Springs. Beyond that, however, it was the people within the network itself that shone at his first event.

“The people that go to this conference are the people who are trying to make a difference,” he says, “people that have heart.”

Other ‘industry’ conferences seem to focus more on making money or making loans, he adds, and very few among the powerful entities that profit in the care of older adults would bother to attend the Pioneer Network Conference, but Andy knows the world is changing.

“To be in this business and succeed,” he says, “you gotta’ have some heart or you’re not going to make it.”

Andy brought 13 people to Louisville this year, all of whom have shown the beating heart of compassion in their work every day.

Tim Knight was among them. Tim came to Park Springs from Maine in the early part of 2017, having spent most of his nursing career there at the front edge of the burgeoning culture change movement. He was attracted to Park Springs because it was a new campus specifically designed with the household concept at the centre of its care philosophy.

When he arrived, the foundation of a strong culture was evident and he was able to help build upon it, in part through connections Andy had made through Pioneer Network, such as THE GREEN HOUSE® Project and Dementia Care Matters. Like Culix, Tim was proud to be at this year’s event, not only to connect with so many harmonious people but also to showcase the wonderful culture at the core of Park Springs’s success the past few years.

“To be able to take the CNAs and a homemaker along with me was absolutely amazing,” Tim says. “It was so emotional seeing the response from the audience to their stories about what we do here.

“It was a very proud moment for me.”

“Evolution in culture change isn’t easy,” Tim adds. “We have been through so many trials and tribulations together, blessed with tears literally, and to see them shine the way they did … was absolutely amazing.”

In so many ways, the team members that make change happen on the ground are the ones with the greatest insight. When they share their stories and learn from others, the network of positive influence spreads and its impact stretches from organization to organization beyond the impartial lines of state or country borders.